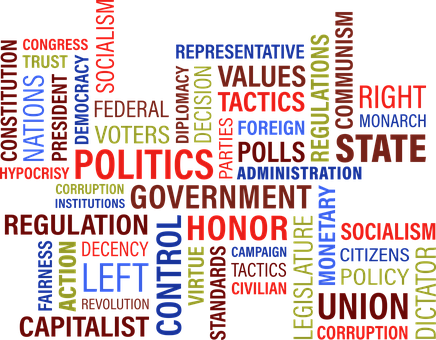 Although, historically, politics, continues to be somewhat, partisan, in nature, we have not, lately, observed, such a degree of unwillingness, to consider, bipartisan cooperation, even if it’s the requirement of the American public. This behavior, which could be referred to, as, politics, over policy/ people, is bad leadership, because itfavors, one’s political supporters, over the remainder of the general public. Wouldn’t we better served, if, once elected, politicians transformed into statesmen, and focused on the common good, as opposed to private political agenda, and/ or self – interest? With that in mind, this guide will attempt to briefly consider, review, and discuss, 5 motives, this is, both, bad policy and a lack of genuine leadership.

1. Not applicable: Empty rhetoric and promises, might garner votes, and be popular, but it’s not genuine leadership, nor in the best interests of the general public! America, especially with the many challenges, the world and nation, faces, today, needs relevant solutions, rather than polarization, or pitting one section against another! Whether this is due to the exceptional persona, and nature, of President Donald Trump, or an undesirable tendency, it does not achieve, what’s best, for most Americans!

2. Unsustainable: President Trump, in an attempt to be popular, and honor his campaign promise, to change the tax system, and reduced taxation, endorsed the legislation, passed towards the end of 2017, which was depicted, as focused on the middle – class, while really, favoring the wealthiest individuals and corporations. Claiming this would create economic growth, is based, on the frequently – unproven, claim, of Trickle – Down Economics. In the, less than half – year, since enacted, we’ve observed a enormous expansion of the federal deficit, with predictions, for ever – expanding shortages, into the future, and corporations, which Trump and his supporters, asserted, would use the extra revenues, to employ more people, and pay more, have really, used most of the windfall, to grow their corporate earnings!

3. Change should be, for the better, not only, for change – benefit: When political rhetoric gets empty promises, the change is, rarely, beneficial, to the general good, of most Americans. Measure the results, not, by the amount of rhetoric and promises, but, rather, whether it generates added benefits, for many Americans!

4. Common good, not private schedule: Be certain, the plans and policies, are not based on personal or political agendas, or somebody’s self – interests! Unless/ until, the attention, consistently, focuses on service to the general public, for the common good, rather to a politician’s assistants, and/ or donors, elected officials aren’t representing us!

5. Make America Greater! : When Donald Trump was a candidate, his campaign slogan was, Make America Great Again. While, this meant different things to different folks, I resented the word, again, because it indicated, we weren’t already, an excellent nation, and urged us, to return, to the past, instead of, to the future. We should, rather hunt, to improve how government serves its people, rather than elected officials, and/ or special attention!

Unfortunately, as we are currently seeing and observing, politics and self – interest, seem to be prioritized!